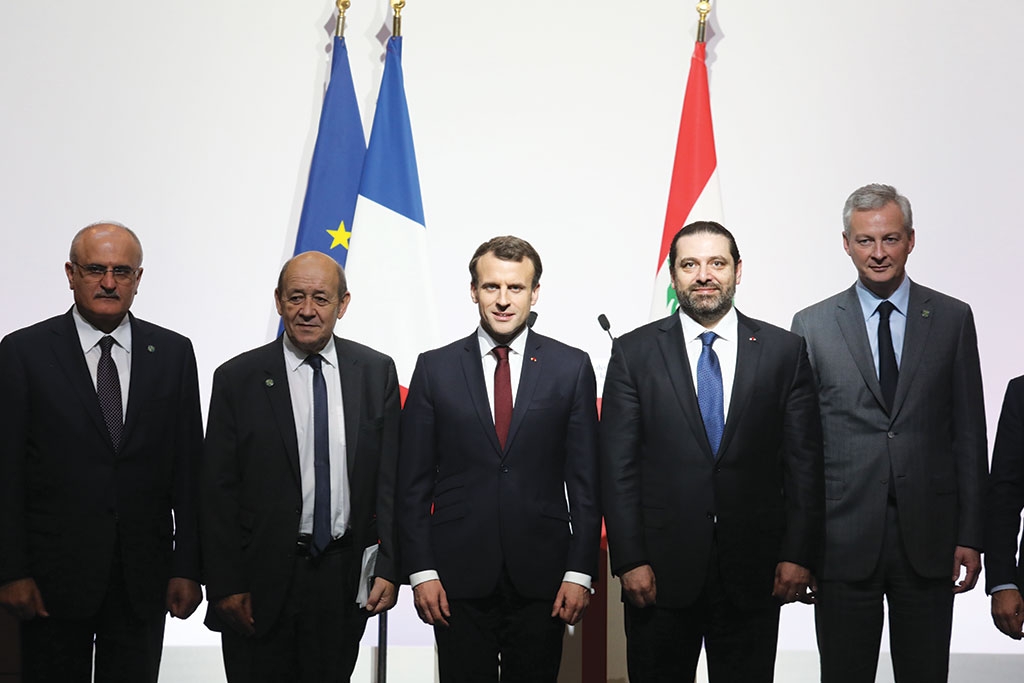 With the world’s population expected to grow by 2 billion—reaching almost 9.5 billion by 2040—one of the major structural changes that would need to keep pace is the development of infrastructure. The world is expected to need close to 100 trillion dollars worth of infrastructure investment by 2040, mainly in developing countries, according to estimates by the UN and the World Bank. This sum is required to meet the demands of clean water, sanitation, electricity, transport, and telecommunications, in addition to schools and hospitals. The sum is also likely to increase, given the escalating impact of climate change. Around 20 percent of the required funds will not be available if national economies, which are financially interconnected now more than ever, do not plan accordingly. The availability of funds is a blessing that a country such as Lebanon might not realize. While other developing countries might struggle to generate savings or attract investment in their local economies, the Lebanese financial system is sitting on 320 percent of GDP in deposits—one of the highest in the world. There is no doubt that the infrastructure in Lebanon has been severely neglected since the end of the civil war. The lack of proper investment in electricity, telecoms, sanitation, transport, and water is causing major costs to the economy, to the productive capacity of all sectors, to household income, and to the health of every individual.
The deposits in the Lebanese financial systems, with the proper use of available cheap international loans and guarantees, can help Lebanon close its infrastructure gap while minimizing borrowing.

Economic Stimulus
The CEDRE investment conference on April 6 was testament to the commitment of the international community in helping Lebanon to achieve the economic security it needs and to compensate for the seven years of near zero growth, due to the impact of the Syrian war. The repercussions for the Lebanese economy—which stands at $53 billion in size currently—is around $30 billion so far, a massive challenge for any country. The support that Lebanon received at CEDRE provides much-needed confidence, and can have great results if properly executed. The right investment in infrastructure is known to boost growth—in the case of Lebanon it could lead to a 3 percent increase in GDP in the current environment. However, the Lebanese economy has the potential to grow at 6 percent a year in the absence of external factors impacting our ability to grow, and within a proper policy-making framework.
The involvement of the private sector through public-private partnerships (PPP) is important to attract capital. However, the cost of infrastructure projects that are not commercially viable and thus not eligible for PPP—$11 billion out of the $17 billion worth of projects proposed—are intended to be financed through concessional loans. This means that even if the cost of debt is low, it is still debt being added to the third most indebted country in the world (Lebanon has a public debt equivalent to 151 percent of GDP). Debt service cost is around 10 percent of GDP, 50 percent of government revenues, and 36 percent of total government expenditures, all among the highest in the world. Therefore, adding debt to the government’s balance sheet does not seem to be the best approach. Let’s take a look at PPP and what is the best model for Lebanon to use the pledged investments from the CEDRE conference to its advantage:
Firstly, PPP is not privatization, which is the complete divestiture of a public asset to the private sector, and it is not a procurement contract where the government hires a private company to construct a road or a power plant for example, or to provide a service. Even though the term is globally used to encompass a wide range of relationships between the public and private sector, a proper partnership is one that defines two major factors needed for the success of infrastructure projects—especially greenfield ones, which are new projects as opposed to upgrades to existing infrastructure. Those two factors are financing and risk. The allocation of financing refers to what portion is to be invested by the private sector and what portion is to be invested by the government. The allocation of risk determines who is responsible for the design, implementation, operation, and maintenance of the project.
The usual steps in a PPP project are first to define and design the project, second to structure the financing for the cost of implementing the project, third to build the physical resources, and forth to operate and maintain these assets.
Governments tend to benefit from PPP structures by attracting capital they do not possess, by implementing a project at a lower cost, and by delegating operations and maintenance to the private sector, which generally, albeit not always, does a better job.
From the point of view of the private sector, PPP infrastructure projects are attractive because they provide a steady and strong cash yield with low volatility, are a natural hedge against inflation, and have low correlation with other financial assets.
A third important factor when it comes to PPP—in addition to financing and risk for developing countries’ projects—are guarantees provided by multilateral organizations, such as the World Bank. Guarantees to the private partner in case the government does not meet its cash payment obligations reduces the risk of investment, and hence reduces the required rate of return.
The PPP law that Lebanon enacted last year organizes this process clearly and monitors it, and the intention was to have projects financed 100 percent through private partners who would be responsible for financing, construction, operation, and maintenance of a project. The government would be responsible for collecting the fees for the services provided and transferring the agreed upon cash flows to the private partner in return for their investment and operations.

Electricity First
Naturally, some projects, such as wastewater and the construction and maintenance of roads, are not profitable for the government. Therefore, in the absence of a budget surplus and in the presence of high borrowing costs, concessional financing might seem like a good idea. It is not, however, because it means more debt for the government when there is an alternative method of financing those projects without the need for the government borrowing.
The solution is to start with PPP projects that can have a direct impact on the fiscal deficit. By that, we obviously mean electricity. The electricity deficit is responsible for 40 percent of our national debt and 3 percent of GDP in yearly deficit (around $1.5 billion, depending on fuel prices), not to mention the major costs to the economy, businesses, and households. The annual household spending on private generators is around $2.5 billion in the informal substitute market for electricity. A simple calculation shows that if the government provides electricity efficiently, a major reform by itself, it can not only eliminate the deficit caused by fuel subsidies to Electricité du Liban but also become profitable to the tune of around $1 billion, without any added cost to households. Other promising projects would be those that can increase the governmant revenues, such as expanding the airport, building a second one, and improving the capacity of ports, moves which would all be profitable for both the public and private sector.
Reversing a deficit into a significant surplus would offer room in the budget that could be spent on projects that are not profitable for the government but crucial for society and the economy, such as wastewater and roads. The maximum absorptive capacity of an economy like Lebanon with regard to infrastructure is 2 percent of GDP yearly, or in Lebanon’s case $1 billion. The absorptive capacity refers to the ability of government institutions and the size of the economy to translate infrastructure investment into sustainable growth in output. Therefore, since the investments proposed will be implemented gradually, starting with the right ones will make others possible without the need to add to the government’s debt burden.
We can use the international support received at the CEDRE conference in two ways. First, to direct the concessional financing provided toward PPP projects and not toward the balance sheet of the government. Any private partner in a PPP project will be looking to finance the project through a combination of equity and debt to maximize his returns; the debt portion will be borrowed from a commercial bank and the interest rate level will be based on the risk profile of the private partner. If the private partner is given access to concessional financing, his returns would be improved, which means the government can indirectly benefit from better terms in the PPP structure by channeling its access to concessional financing toward PPP projects. Secondly, the availability of guarantees that donors and multilateral organizations could provide to investors would reduce the risk premium investors request when they invest in developing countries with low credit ratings such as Lebanon. Additionally, the availability of funds in the Lebanese financial system means that the financing structure of PPP projects can include investment contributions from small Lebanese depositors. This means the Lebanese population can reap a portion of the future cash flows generated by the projects, which will offer a higher return than the deposit rate from their point of view, and will give an opportunity for the Lebanese financial system to diversify its use of funds. The latter would create an improved economic cycle as a portion of the profits would remain in the Lebanese economy rather than being repatriated as profits by foreign entities.
The CEDRE conference was a step in the right direction, but the real success would be to achieve the needed projects with no additional debt on the government through an innovative financial structure, proper use of funds, and proper implementation. This would result in increased return for investors, the government, the economy, and society. The only way to achieve that is to start building electrical power plants (instead of renting expensive barges) using concessional financing provided to the private sector, coupled with a portion from local deposits, and turn the budget deficit into surplus to be used for other crucial projects in a gradual manner that ensures economic, financial, and operational efficiency.