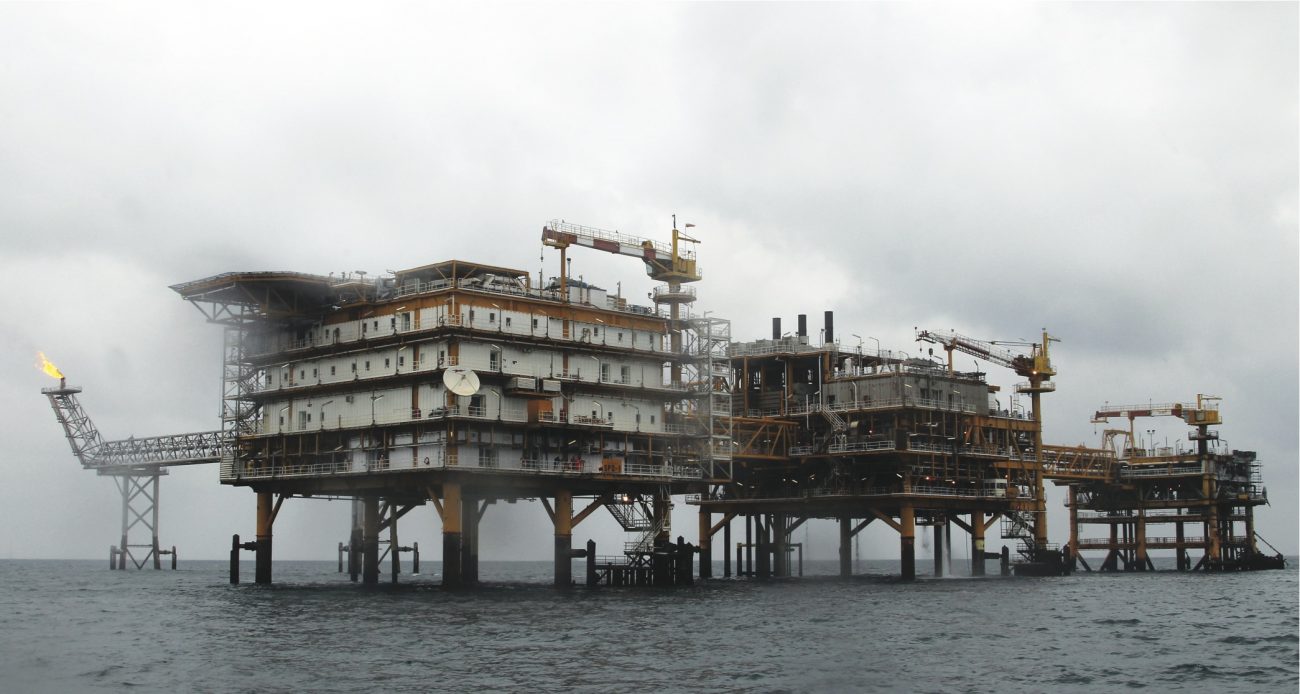 Energy ministers from Egypt, Cyprus, Greece, Israel, Italy, Jordan, and the Palestinian Authority took an important step toward establishing an Eastern Mediterranean Gas Forum (EMGF) on January 14, in Cairo. According to the declaration that followed the meeting, the EMGF will, among other things, assist in the creation of a regional gas market, ensure the security of supply and demand, optimize resource development, facilitate the use of existing infrastructure, and build new infrastructure, if necessary.

The forum’s raison d’être is regional energy cooperation. Almost ten years to the day after the announcement of the discovery of the Tamar field in Israel (January 17, 2009)—the first major gas discovery in the Levant Basin—it has become increasingly clear that regional cooperation is needed to make the most of the region’s resources.

The Eastern Mediterranean’s gas potential is promising. Besides Egypt, the countries in the region face challenges to exploit their resources. First, these resources are mostly offshore, in deep and ultra-deep waters. When found in commercial quantities, their extraction is expensive. Second, the relevant infrastructure to monetize these resources barely exists (outside Egypt). And if this were not enough, the geopolitical risk is high due to a number of factors: conflict in Syria; terrorism; the Cyprus problem; sour relations between Cyprus and Turkey; a constant state of tension between Lebanon and Israel; and deteriorating relations between Turkey and Egypt, and between Turkey and Israel. In 2018, we saw that heightened political tension in this part of the world could quickly evolve into a confrontation, when Turkish warships prevented a drillship from reaching its drilling target in Block 3 of Cyprus’ Exclusive Economic Zone (EEZ).

These challenges largely explain why a number of gas fields in the region have not been developed yet. One way to overcome these difficulties is through regional cooperation, and this is why the announcement of an East Mediterranean Gas Forum is a significant development.

The EMGF will be based in Cairo and will be open for other Eastern Mediterranean countries to join, provided they share the forum’s interests and objectives, and the founders of the forum accept their membership.

Besides Syria, which is still struggling with its civil war, there are two notable absences: Turkey and Lebanon. The presence of Israel in the EMGF is seen as a barrier to Lebanon’s involvement, while poor relations between some of the EMGF founding members and Turkey was another rationale for the forum, beyond energy cooperation. Each of these countries has perceived reasons to complain about Turkish behavior recently:

In addition to the longstanding and unresolved Cyprus dispute, Ankara and Nicosia have been at loggerheads over exploration for hydrocarbon resources in the Cypriot EEZ. Since 2003, Turkey has denounced all the maritime border agreements signed by Cyprus with its neighbors and lobbied these countries to reject them on the grounds that: (1) the current Republic of Cyprus (RoC) does not represent Cyprus as a whole, and thus cannot sign international agreements on its behalf; and (2) that islands should not have the same capacity to generate maritime zones as other states. (Turkey does not recognize that islands should have equal rights in generating maritime zones and claiming full-fledged EEZs.) Turkey, therefore, claims that certain parts of the Cypriot EEZ fall within its continental shelf or under the jurisdiction of the Turkish Republic of Northern Cyprus.

All this explains why Ankara rejects exploratory activity in the Cypriot EEZ. Since 2008, it has made a point to monitor, and sometimes harass, surveyors and drillships conducting operations in Cypriot waters. On at least two occasions, it went as far as blocking their work. Turkey is also threatening to conduct exploratory activity off Cypriot coasts. In addition, there are renewed calls in Turkey for the establishment of a Turkish naval base in Northern Cyprus to protect Turkey’s rights and interests in the Eastern Mediterranean.

Turkey’s relationship with Greece is similarly tense. Ankara has always pursued a policy of provocation in the Aegean, but President Recep Tayyip Erdogan has taken it to another level, with frequent confrontations at sea, repeated violations of Greek airspace (an incident in April 2018 claimed the life of a Greek pilot), and renewed claims to Greek islands. In his first visit to Greece as Turkish president in 2017, Erdogan declared that the 1923 Treaty of Lausanne must be reconsidered—in effect calling for a redrawing of the borders with Greece—and raised concerns about the Turkish minority in Greece.

Turkey also objects to Greece’s rights to exploit energy resources in certain parts of its waters far from the Greek mainland. Once again using the argument that islands’ capacity to generate maritime zones should be limited, Ankara reportedly tried to undermine Greece’s relations with Libya by claiming that Athens was encroaching on Libya’s continental shelf. According to Turkish media reports, the Turkish defense minister, Hulusi Akar, presented maps supposedly demonstrating this point to the Libyan government that ignored the influence of islands such as Crete (or Cyprus) on marine territory.

The ousting of President Mohamed Morsi in 2013 severely strained relations between Egypt and Turkey. Erdogan in effect denies the legitimacy of the current Egyptian regime, arguing that it was established after a coup against a democratically elected president. In August 2013, Turkey called on the UN Security Council to impose sanctions on Egypt. Erdogan continues to express support for the Muslim Brotherhood, sometimes by making the Rabia sign (a hand gesture used to protest the violently suppressed sit-in at Rabia Square in Cairo) and never misses an occasion to call for the release of Morsi and all political prisoners in Egypt. Cairo views such statements and positions as a provocation.

The once strategic relationship between Israel and Turkey has gradually deteriorated over time, particularly since Israel launched Operation Cast Lead against Hamas in Gaza, in 2008-2009, which was followed by the Mavi Marmara aid flotilla incident in 2010. Relations between the two countries never fully recovered, even after the US-brokered Israeli apology to Turkey in 2013 and the normalization of relations in 2016 (partly motivated by energy cooperation).

The situation deteriorated again in 2018. Last Spring, Israeli forces used live fire and killed over 100 Palestinians in Gaza who were protesting the US decision to move the American embassy to Jerusalem. Erdogan accused Israel of carrying out genocide and expelled the Israeli ambassador from Turkey, withdrawing the Turkish ambassador from Tel Aviv. He later accused Israel of apartheid. This series of statements and actions were viewed as deeply hostile by the Israelis.

It is in this regional context that the East Mediterranean Gas Forum was established. On the one hand, there are offshore resources that—until now, at least—require cooperation to facilitate their exploitation, and on the other, we see renewed geopolitical rivalries in the Eastern Mediterranean.

If we take the second of these considerations, the geopolitical context, it is clear that this alignment is primarily in reaction to what many of the founding members perceive as aggressive Turkish behavior over the last few years. Many Lebanese are ignoring this dimension and feel that this forum, and this alignment, is directed against them.

This Lebanese misreading of the situation would not be an issue if it did not threaten to influence policy making. The first reaction, expressed by certain media and public officials was seemingly knee-jerk, dismissing the forum and its member states, and suggesting we pursue a parallel track with those countries that were not present—Turkey and Syria—in addition to other countries in the region, such as Iraq. For some, this was an impulsive reaction to being left out, leaving little room for rationality. But for others, this was seen as an opportunity to push forward an “isolationist” tendency that advocates that Lebanon should look east for friends and partners, limiting their options elsewhere. The announcement of the EMGF provided them with additional arguments to support their case.

A more thought out approach would be to strengthen relations even further with all regional players, whether in or outside the EMGF (with the exception of Israel, for obvious reasons). A small country like Lebanon does not have the luxury of picking and choosing its friends, with an enemy state to the south, and a Syria mired in conflict along the rest of its border. Membership of the EMGF and good relationships with those outside the forum are not mutually exclusive. Cyprus, Egypt, and Turkey are all very relevant to, and potential partners in, Lebanon’s future gas ambitions, if commercial quantities are found.

For those tempted by an isolationist approach, it is also good to keep in mind that the EMGF is not a closed club either. It is open for other countries in the region to join. It is conceivable that a country that is not a member today, like Turkey, could join it in the future, particularly if a solution is found for the Cyprus dispute (negotiations are expected to resume this year) or if it adopts a less antagonistic approach toward other member states. In this case, would the “non-EMGF club” that some are calling for in Lebanon not look very feeble? In 2013, then-energy minister Gebran Bassil told Middle East Strategic Perspectives (which this writer cofounded) that: “Unlike Israel for example, Lebanon does not face a regional boycott, and we’re not isolated from supply routes to Europe.” Six years later, Israel appears to be less isolated than the minister thought. The challenge is to avoid finding ourselves as isolated as Israel once was; keeping our options open is our best route forward.

Another reaction to the EMGF announcement, expressed last month by then-caretaker energy minister, Cesar Abi Khalil, was to brush off the forum, which has the potential to facilitate the development and monetization of the region’s resources. “Lebanon is not worried about exporting its gas … We have many options to monetize our resources,” Abi Khalil said in an interview on LBCI on January 15, citing the local market, the state’s share of produced hydrocarbons, and possible export routes. Lebanon, he said, could be linked from the north to Turkey and on to Europe through the Arab Gas Pipeline (though the pipeline extension to Turkey through Syria is yet to be built), and from the south to Egypt and its LNG plants, via the Arab Gas Pipeline as well. He also cited a third export option, involving a possible offshore pipeline to Turkey.

However, it is not certain at all that the local market alone would justify developing future resources. This means that export routes are likely needed. Second, the export ideas Abi Khalil listed are only possible options at this point. And they all come with a host of challenges: from prices and commercial viability of some of the projects he mentioned, to political and security risks which might hamper the development of some other projects, and—if we are able to overcome that—there may be issues with the capacity of the infrastructure we are eyeing. These are, in fact, the same challenges that are present in almost every country in the Eastern Mediterranean (save for Egypt), and which largely motivated the institutionalization of regional cooperation, under the EMGF, in an effort to overcome these challenges.

Clearly, the announcement of the East Mediterranean Gas Forum has caused some confusion in Lebanon as to how to deal with being left out of this new regional configuration. It is important to keep in mind that, if there is an alignment, it is not directed against Lebanon. More than any other member state, Egypt has the possibility to reach out to Lebanon. Egypt is the key player in this new configuration, and, as an Arab country that maintains close ties with Lebanon, it can play an important role in reassuring the Lebanese about the project while also seeking to strengthen prospects for energy cooperation between the two countries.