Interest in locally produced wine is on the rise

Following a global trend and tempted by the wide variety of vintages more available in the country today than in the past 10 years, consumption of wine among Lebanese is on the rise.

“In spite of the relatively tough economic situation, Lebanese wine consumption has not witnessed any drastic decrease, with wine constantly gaining consumption share over spirits. Wine is appealing to the young generation more and more, and this is a good sign for the sector,” says Emile Majdalani, marketing director of Château Kefraya.

Hady Kahale, general manager at the Ixsir winery, explains that, due to the increased number of wineries in the country and improving wine education, Lebanese are becoming proud of their wine, and are finally shifting their perception that foreign wine is best. “All this change is a launch pad to increased consumption, though it has not increased by much yet due to the bad economic situation. Today, overall consumption has been maintained, and maintaining it in such a situation means it is growing. If the political situation improves and we get the tourists back, it will really take off,” says Kahale.

The role of marketing

While the local market is small, all the Lebanese wineries Executive spoke to export more than half of what they produce, meaning that the wines remain a source of pride, and help improve Lebanon’s image abroad.

Marketing in Lebanon plays an important role, as each winery strives to make its latest vintages better known among the country’s wine drinkers. Majdalani sees the role of marketing as “making the wine drinker aware of the infinitely complex work done by the winemaker to express his terroir’s specificity through a bottle of wine.”

[pullquote]While the local market is small, all the Lebanese wineries Executive spoke to export more than half of what they produce[/pullquote]

As wine consumption among young people increases, some wineries choose to market their products directly to this age group. “Recently, we have targeted our marketing towards young consumers because they are the future. Also, Ksara is very well known by older consumers who knew it from the pre-[Civil] War days, whereas young consumers now hear about many other producers. So we have to make sure that our niche with young customers is well protected through targeting at certain events such as tastings, social media communications [and] style of advertising,” says Zafer Chaoui, chairman and CEO of Ksara and current head of the Union Vinicole du Liban (UVL) (read Q&A with Chaoui here).

Other examples of marketing targeting the younger generation of wine drinkers include Château Kefraya teaming up with Lebanese artist Mazen Kerbaj to create a limited edition label for their “Les Bretèches” Vintage 2012, and Ixsir’s sponsorship of art and design events, which are attended by many young people.

Many wineries favor a subtle approach to marketing that allows the consumer to discover their wine instead of having it pushed down their throats. “Our marketing is very in house, within our family, and we make sure it is built on a good story that we let people discover. We prefer the word of mouth strategy, building brand awareness slowly and staying in our clients’ minds long term,” says Faouzi Issa, winemaker and co-owner of Domaine des Tourelles, adding that 10 to 15 percent of their budget is allocated to marketing, and it is mainly spent on traveling to exhibitions and trade shows.

“We are not in traditional advertising mediums because they don’t work for wine: wine is a status item, not a fashion one and it takes years to successfully build a wine brand,” says Kahale, explaining that Ixsir is more active on social media and in public relations than in billboard or TV advertisements. 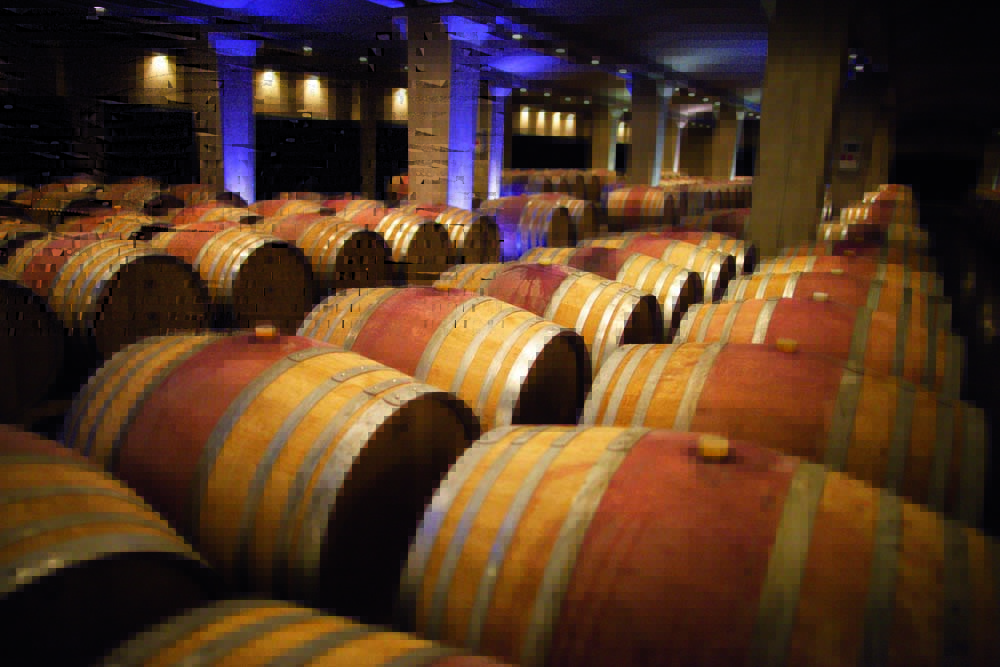 Time is on the wineries’ side

On trade vs. off trade

As with all other spirits, wine can be bought on trade in restaurants or bars, or off trade in specialized wine shops or supermarkets, with both having their unique benefits and challenges according to the wine makers interviewed.

With the country’s instability continuing, wine consumption at home now accounts for almost 70 percent of wine sales, according to Kahale, who explains that Lebanon’s situation in the off trade sector is unique because supermarkets here tend to have a good wine selection. “Wines in chain supermarkets abroad are usually low priced and not very good, while the good wines are on trade and in specialized wine shops. In Lebanon, people go to specialized wine shops for foreign wines while chain supermarkets are very important and have a wide range of local wines,” says Kahale. He adds that for Ixsir, on trade is important for image building and that their distribution is 40 percent on trade and 60 percent off trade.

Domaine des Tourelles’ presence is almost equally divided between on and off trade, though Issa says on trade is better for their wines and that their presence is strong in restaurants. “You have to have credibility and a solid background with demand for your wines to be in the restaurant business. If a restaurant selects you to be on its wine list, it means you have made an impact and so it gives the consumer more confidence,” says Issa, adding that in retail there is no interaction with the clients to help the sales of your wines.

Other wineries, such as Château St. Thomas, perceive a similar challenge when it comes to consultations as Issa does, but with the on trade sector there are fears that, without prior exposure to the wine itself through visits to the winery or tastings in supermarkets, a consumer would not think of selecting it from a restaurant’s wine list.

Majdalani asserts that both the on trade and off trade sectors are equally important to Château Kefraya, explaining that despite the issues facing the hospitality sector, the number of establishments serving Kefraya has not decreased, while the off trade — perhaps reflective of the country’s unstable situation — has an almost “stagnating consumption flow.”

Some wineries find it difficult to enter the on trade sector, especially since many distributors sign exclusive deals with venues where they sell them their entire portfolio of spirit brands, including the wine, making it difficult for independently distributed wine to enter that market. “While on trade presence is an ego boost as it feels good to enter a restaurant that serves your wine, it is a lot harder to penetrate that market alone. Also, many Lebanese restaurateurs would tell you they don’t sell Lebanese wine as everything imported is better,” says Aziz Wardy, general manager of Solifed, the company that produces Domaine Wardy. By contrast, explains Wardy, if one achieves a certain shelf sale in the off trade sector then distribution will run smoothly.

Whether in a restaurant or at home, and whether one hears about a certain wine through a TV commercial or through visiting the winery, it is clear that the Lebanese love of wine is not about to end anytime soon, although it can be further supported with a national campaign that would actively promote its consumption. “I think the basis of what should be done to increase consumption in Lebanon was done and is being done. We would love to have a national campaign explaining to Lebanese that they should drink Lebanese wine and that it’s good,” sums up Kahale.